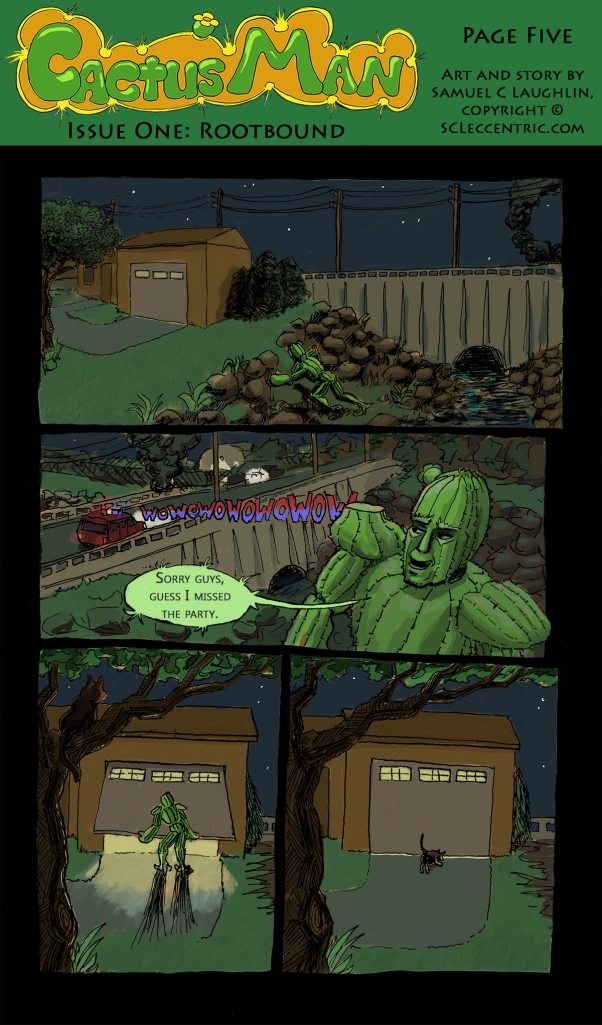 That speech bubble, I put it in before I knew what was going to be in it. I was obsessing about it for days. If anyone has a witty quip for Cactus Man to say, put it in the comments and I’ll consider changing the page. We can make this collaborative if anyone wants to collaborate.

This page is the end of the scene. Finally. I’m kind of exhausted. The next scene should be more fun, with more dialog and comedy. But don’t expect a new page for a few weeks, I have some other things to work on. I shall post about them. I’m proud of myself, though. This is my first time doing a webcomic, and I didn’t expect it to be easy. I guess I’m a published webcomics artist now. The internet is a funny thing.

Thanks to everyone who has been following this comic. This isn’t the most exciting opening, but I promise it will pick up more as the story gets going. There will be more comedy and action to come. Thanks for sticking around.

Here is the gallery with all five pages, enjoy!